Our strategy is build and evolve AIPMO’s PMO strategic lifecycle framework through research, development and partnering in parallel to determining and establishing the building blocks in creating PMO Management as a profession. 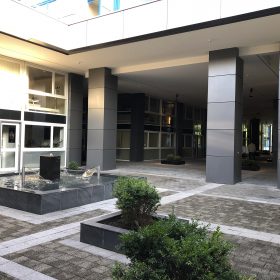 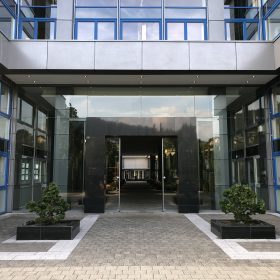 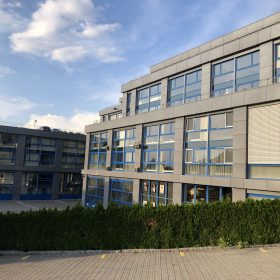 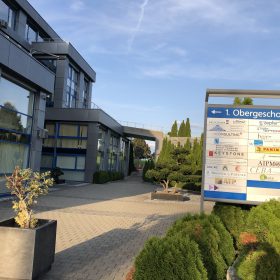 ACE stands for Advisor – Consultant-Expert, who are internationally recognized professionals in the area of PMOs and Projects Programs and Portfolios.

ACEs are selected and certified by AIPMO but are a training resource for all AIPMO training partners.

Senior Lecturer at the School of Management at QUT Business School in Brisbane, Australia.

Anna Wiewiora is a Lecturer in School of Management, currently teaching two subjects of: Leading Organisations (MGB200) and Working in Business (BSB124).

Prior to joining QUT, Anna was a Postdoctoral Research Fellow at Southern Cross University working on a large scale CRC project supported by the Collaborative Research Centre for Integrated Engineering Asset Management (CIEAM) and completed this appointment in August 2013.

Anna’s PhD thesis was recognised and awarded the University Outstanding Doctoral Thesis Award for 2012, for its outstanding contribution to the discipline and high quality research design. The findings drawn from her research provide a number of contributions to the body of knowledge and practice, including: (1) a more comprehensive and holistic view of inter-project knowledge sharing, (2) a new theory on interrelations between the concepts of organisational culture, the three dimensions of trustworthiness, and a range of knowledge sharing mechanisms in inter-project knowledge sharing, and (3) a number of practical recommendations for project-based organisations to improve their knowledge sharing practices. As a part of the CRC project,

Anna is actively engaged in cross-disciplinary international collaboration with a number of excellent researchers in project management.

Ph.D. and professor at the School of Business and Management, Université du Québec à Montréal (UQAM)

Monique Aubry Ph.D. is professor at the School of Business and Management, Université du Québec à Montréal (UQAM). She teaches in graduate programs in project management and in the executive MBA program. Her main research interest bears on organizing for projects and organizational design, more specifically on Project Management Offices (PMO). The results of her work have been published in major academic journals in project management and presented at several research and professional conferences. She is member of the Project Management Research Chair (www.pmchair.uqam.ca) and the UQAM’s Health and Society Institute. In 2012, she received the IPMA Research Award for her research on Project Management Offices. Before joining UQAM, Monique Aubry was senior project manager in a major Canadian financial group for more than 20 years. Until recently, she was member of the PMI’s Standards Advisory Group and the Research Inform Steering Committee. She is senior editor for Project Management Journal. She is involved in the local PMI community of practices on Organizational project management where she promotes engaged scholarship and reflexivity between professionals and researchers

Ralf Müller is Professor of Project Management and former Associate Dean at BI Norwegian Business School – Oslo – Norway, as well as adjunct and visiting professor at many other institutions worldwide. He lectures and researches in PMO, leadership, governance, organizational project management, and research methods, which is also the subject of his approximately 200 academic publications. Among the awards, Prof. Müller received in 2016 the PMI Fellow of the Institute Award, in 2015 the PMI Research Achievement Award (a life-time achievement award), in 2012 IPMA Research Award which he received together with Profs. Monique Aubry and Brian Hobbs (University of Quebec á Montreal) for their studies on PMOs, and 2009 Project Management Journal Best Paper of the Year Award. Before joining academia, he spent 30 years in the industry consulting with large enterprises and governments in more than 50 different countries for their project management, governance, and PMOs. He also held related line management positions, such as the Worldwide Director of Project Management at NCR Corporation.

PhD, Professor of Project Management and Leadership and Chairman and Founder of the Diamond Leadership Institute

Dr. Shenhar is regarded as one of the world’s leading experts in technology and project management, innovation, strategy, and leadership. He holds five academic degrees in engineering and management, including three degrees from Stanford University and two from the Technion. He was named, “Engineering Manager of the Year,” by the Engineering Management Society of IEEE. He was the first recipient of the Project Management Institute (PMI) Research Achievement Award as well as the recent International Project Management Association (IPMA) Research Achievement Award. Dr. Shenhar was also awarded a PMI Fellow Award and is a Fellow of NASA Science Council of Project Management Research. Dr. Shenhar is also an experienced manager and executive. He served in the Navy, before joining the defense industry, where he has been involved in managing projects, innovation, R&D, and high-tech businesses for almost 20 years. Working for Rafael, Advanced Defense Systems, he participated in all phases of engineering and management — from project manager up through the highest executive posts. As executive, he served as Corporate Vice President, Human Resources, and later, President of the Electronic Systems Division. In his second career of over 20 years in academia, he was a tenured professor, serving at several universities where he founded new programs in Project and Technology Management, among them Stevens Institute of Technology, Rutgers University, University of Minnesota. Dr. Shenhar’s research has focused on project and program management, technology and innovation management and leadership of professionals in technology-based organizations. Based on his extensive research, he developed the methods of Strategic Project Leadership(R) and the “Diamond of Innovation,” which teach corporations how to focus projects and innovations on business results and adapt their management processes to the specific goal and context. He is the lead author of the best selling book, “Reinventing Project Management,” published by Harvard Press, and selected among the top best five business books of the year. With over 150 publications, which were cited more than 10000 times and published in leading journals such as Strategic Management Journal, Management Science, Sloan Management Review, Research Policy, or IEEE Transactions on Engineering Management, his writings have influenced project and technology leadership research and education around the world. His publications are highly regarded and used in the curriculum of a growing number of corporations and universities. He served as consultant to major corporations such as 3M, Honeywell, AT&T, Trane, Dow Jones & Co., US Army, NASA, NSA, Lockheed Martin, Merck, Intel, Amdocs, Tata, and the Aerospace Industry.

Any cookies that may not be particularly necessary for the website to function and is used specifically to collect user personal data via analytics, ads, other embedded contents are termed as non-necessary cookies. It is mandatory to procure user consent prior to running these cookies on your website.